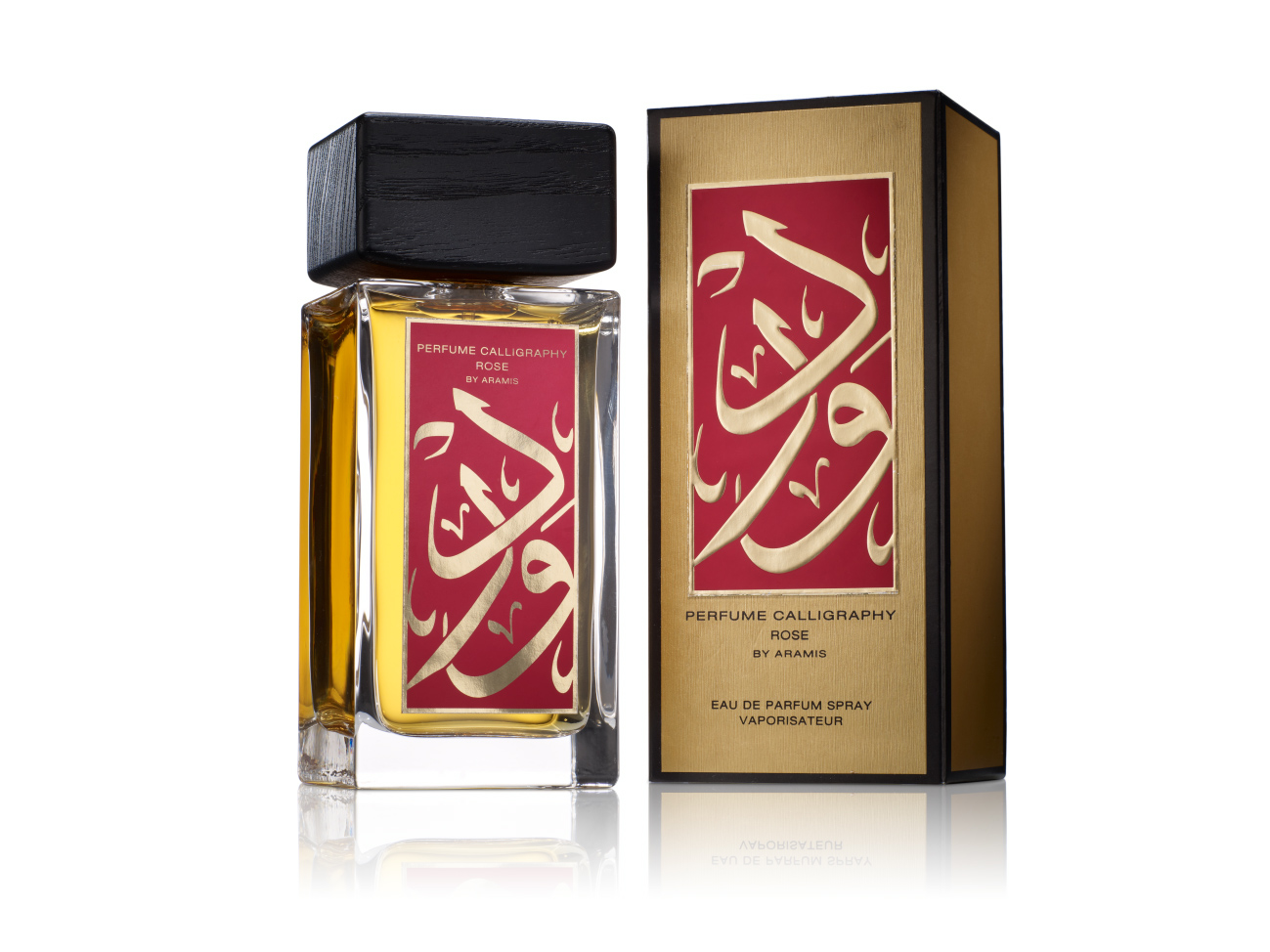 Inspired by the Queen of all flowers, Perfume Calligraphy by Aramis announces its newest fragrance, Perfume Calligraphy Rose. Created exclusively for the discerning Middle Eastern customer, the scent highlights the intoxicating rose absolute, one of the most coveted fragrance ingredients in the region.

Perfume Calligraphy Rose focuses on the beauty and refinement of the Middle East. The fragrance, which can be worn by men or women, reflects the pairing of two ancient crafts, where Arabic script and modern fragrance come together as an artistic expression of one’s own personal style. In order to visually represent this philosophy, Graphic Designer, Tarek Atrissi joins the Calligraphy collection for a second time to design an elegant sketch of the word Rose in Arabic for the glass bottle and outer package.

The fragrance opens with golden accents of saffron, combined with wet honeysuckle petals, energized by the modern freshness of oregano leaves. To reveal the wild beauty of the Turkish rose absolute, the luxurious heart develops captivating vapors of myrrh and styrax, contrasted with a layer of French lavender. The background creates an aura of mystery and irresistible seduction: a soft hypnotic veil of labdanum and musk is combined with the tantalizing power of ambergris and olibanum to create a delightful trail of undeniable magnetism.

“I created this fragrance for those who seek to combine rich tradition with modern sophistication,” says Trudi Loren, Corporate Vice President, Corporate Fragrance Development Worldwide, The Estée Lauder Companies. “It’s a masterful blend of the most precious balms and resins handcrafted around a unique quality of Turkish rose absolute.”

About Tarek Atrissi
Born in Beirut, Tarek Atrissi has worked and studied in Lebanon, The Netherlands, Qatar, Dubai and the United States. He holds a BA in Graphic Design with distinction from the American University of Beirut; a Masters of Arts in Interactive Multimedia from the Utrecht School of the Arts in Holland and an MFA in Design Entrepreneurship from the School of Visual Arts in New York. He is currently principal of his own design studio, Tarek Atrissi Design (www.atrissi.com), based in the Netherlands and serving a variety of clients, big and small, in Europe, the Middle East and the United States.

Since its launch in 1964, Aramis, a division of The Estée Lauder Companies, has pioneered the prestige men’s grooming market with exclusive fragrances and skin care products for men. It was the first-ever men’s scent to be sold in department stores and was immediately classified as a masterpiece. In 1984 Aramis gave birth to the successful Tuscany, but the original classic still enjoys a dedicated following. It is sold in over 120 countries and territories worldwide.

Perfume Calligraphy Rose will be available from the 1st July 2013 in a 100 ml Eau de Parfume and will be sold at retail outlets across the region at a suggested retail price of AED 570 ($155).

Search for a Topic

Would you like to contribute as an editor or a writer to our blog? Let us know all the details about yourself and send us a message.